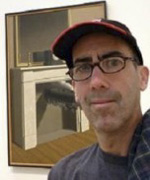 I began my research career as an undergraduate in Arnold Levine’s laboratory (Princeton University) where for my senior thesis I studied immune rejection of adenovirus transformed cells, graduating with a degree in Biochemistry in 1975. Though our approach was hopelessly naïve, I developed an interest in immune recognition of viruses that would become the major topic of my future research career. I obtained my Ph.D. in 1981 from the University of Pennsylvania (with an MD, with the tacit agreement that I would never practice medicine!), working with Walter Gerhard (Wistar Institute), the first to generate anti-viral monoclonal antibodies. For my thesis, I used monoclonal antibodies to better understand immune recognition of influenza and other viruses and immune driven viral evolution.

A one-year post-doc with David Lane (Imperial College, London) studying p53 taught me the importance of cell biology and the remarkable power, beauty and joy of light microscopy. Returning to the Wistar Institute as an Assistant Professor, I also returned to viral immunology, providing the initial description of immunodominance at the level of individual viral gene products, demonstrating that the cytosol is the portal to the class I processing pathway, and using monoclonal antibodies as structural probes of viral protein biogenesis and function.

In 1987, I left Wistar for a tenured position at NIH. The freedom provided by the NIH intramural system empowered my lab to make original findings in virology (discovering new influenza virus gene products, establishing a new mechanism for antigenic drift), cell biology (retrograde transport in the secretory pathway, low overall efficiency of protein synthesis, protein degradation and translation in the nucleus, stress-induced recoding of the genetic code), and immunology (class I peptide loading and amino terminal trimming in the ER, DRiP origin of viral peptides, intravital imaging of anti-viral immunity, mechanism of CD8+ T cell immunodominance). My lab is now focusing on influenza A virus evolution, protein translation issues in viral and cancer immunology, and immunodominance in antibody responses to viruses.

Thanks to the absence of teaching responsibilities and grant writing at NIH, I have had time to work on reforming the NIH system of biomedical training and research, which is on the verge of collapse in the USA (and in many other countries). As a senior scientist who profited enormously from the NIH research system throughout my career, I view this as my most important responsibility. To assist young scientists in ascending the career ladder, I have written a How To e-book that is freely accessible.