Abstract: Incidence of substudies publication after originally negative clinical trials and rate of positivation: a call for scientific integrity

We searched all negative randomized trials published in the New England Journal of Medicine (NEJM) during the year 2014. Then, we made a highly sensible PUBMED search over the following five years in order to detect subsequent articles testing the same hypothesis by secondary analysis in the same dataset. During the year 2014, 46 negative randomized clinical trials were published in the NEJM. Over five years, 14 of those articles had subsequent publication of subanalysis in PUBMED indexed journals, an incidence of 30% (95%CI 19%-45%). The most frequent method was secondary endpoints analysis (67% of substudies) and the remaining made use of subgroup analysis. The success rate of positivation was 91% (95%CI 80%-97%). In conclusion, subsequent publication of subanalysis from originally negative trials is frequent, and highly successful in positivating results.

Poster: Incidence of substudies publication after originally negative clinical trials and rate of positivation: a call for scientific integrity 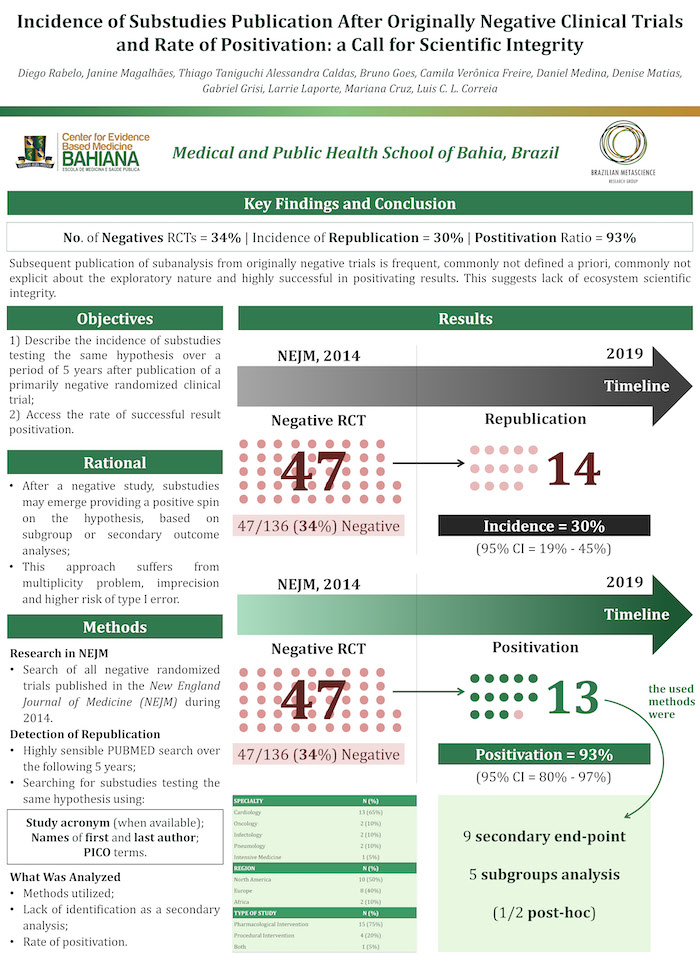