Physician and Member Science of the Science Board Fetzer Franklin Trust 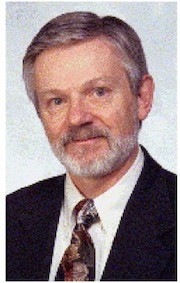 Kit is a Professor in Forensic Neuroimaging in the Departments of Diagnostic Radiology and Psychiatry and Behavioral Neurosciences at the Detroit Medical Center and Wayne State School of Medicine. He began an affiliation with the Fetzer Institute as contractor in use of real-time fMRI imaging of “watching people make decisions under stress” and meditation in 1985, and later served on over a dozen workshops, and consultancies through the present day as a Science Advisor. Prior to this time he served for 20 years in The Central Intelligence Agency, and after, as the Chief Technology Officer of Asia Pacific of the General Motors Corporation, and Assistant Dean of the Wayne State School of Medicine for Asia Pacific. He has lived and served in government and academic capacities in Asia, and as professor in Brain Imaging and as a member of the Chinese and the US Academies of Sciences, the latter as Lifetime Member / NRC.

Kit’s interest of the past 15 years has been in the study of injuries suffered by persons experiencing Anomalous Experiences and Close Encounter Events during military operations.