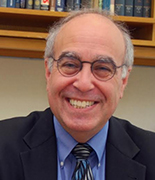 Daniel L. Goroff is Vice President and Program Director at the Alfred P. Sloan Foundation, a private philanthropy that supports breakthroughs in science, technology, and economics. He is a Professor Emeritus of Mathematics and Economics at Harvey Mudd College, having also served there as Vice President for Academic Affairs and Dean of the Faculty. Before that, as a faculty member for over twenty years at Harvard University, he won the Phi Beta Kappa Teaching Award for courses not only on mathematics, but also on decision theory, economics, physics, as well as history of science. His degrees include a Ph.D. in Mathematics from Princeton, an M.Phil. in Economics from Cambridge, and a B.A.- M.A. in Mathematics from Harvard. A Trustee of Smith College, Daniel Goroff has twice worked in the White House Office of Science and Technology Policy, most recently as Assistant Director for Social, Behavioral, and Economic Sciences.