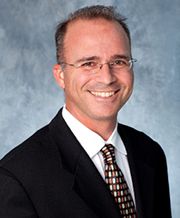 Jason Yotopoulos, a Stanford-educated engineer, is a multi-time entrepreneur, has spent a decade as a venture capitalist and a subsequent decade as an executive with one of the world’s largest global multinational software companies. He supports frontier science through his Merraki Institute and most recently with the Emerald Gate Foundation to orchestrate and implement a multi-year, comprehensive research agenda.
Jason is Founder and Boardmember of Mach49, the premier incubator and accelerator of new businesses for the world’s largest corporations based in Silicon Valley and has over 25 years of international business experience as a corporate executive and venture capitalist. Jason was previously ten years with software giant SAP as a member of the company’s global senior leadership team, managing an 800 person innovation organization across 32 countries.
As Executive Vice President and Head of Global Research at SAP, Jason ran the global R&D and innovation unit of SAP. His group explored emerging IT trends and transformed applied research into tangible prototypes, customer pilots and game-changing solutions. Previously, Jason was head of SAP’s Global Business Incubator, which he proposed, designed, and established, building new lines of business and launching internal startups from idea through to commercialization. He also served as Vice President of the Corporate Strategy Group and created and ran the M&A Strategy Group.
Jason spent a decade in venture capital first at Patricof & Co. (now Apax Partners) and later as a general partner at Technology Partners. Jason was a management consultant with the MAC Group / Gemini Consulting and has held product management and business development positions at several Silicon Valley technology companies including InfoSeek, Raychem and Sun Microsystems.
Jason Yotopoulos holds a BS in Engineering from Stanford University and an MBA from the Stanford University Graduate School of Business. He lives with his wife Amy and two children Mattias and Danae in Palo Alto, California, and in his free time enjoys sailing and exploring edge science research and practical applications in the area of consciousness through his organization, Merraki Institute.