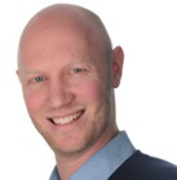 He is an Academic Editor at PLOS ONE and an associate editor at Frontiers in Quantitative Psychology and Measurement. From 2007-2012 he was an assistant professor at the University of Amsterdam. From 2012-2017 he was an Associate Professor at the Department of Methodology and Statistics at Tilburg University. In 2017, he became full professor in methodology of the social and behavioral sciences at the same department. He has acquired Open Competition (200K Euros) VENI (208K) and VIDI (800K) grants from the Netherlands Organization for Scientific Research (NWO) and a Consolidator grant (2000k) from the European Research Council.

He is affiliate member of the Meta-Research Innovation Center at Stanford (METRICS). He is head of the Department of Methodology and Statistics at Tilburg University.