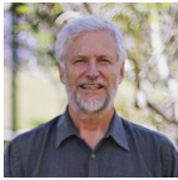 Professor Paul Glasziou is Professor of Evidence-Based Medicine at Bond University was a part-time General Practitioner for 20 years. He is currently the Director of the Centre for Research in Evidence-Based Practice at Bond University and previously the Director of the Centre for Evidence-Based Medicine in Oxford from 2003-2010. His key interests include identifying and removing the barriers to using high quality research in everyday clinical practice, reducing waste in research, and preventing overdiagnosis.

In particular he is interested in improving the clinical impact of publications by reducing the more than $85 Billion annual loss from unpublished and unusable research (Chalmers, Glasziou, Lancet 2009). He has authored seven books related to evidence based practice and is Chair of the RACGP’s Handbook of Non-Drug Interventions (HANDI) Project Team, and co-director of the Australian EQUATOR Centre.