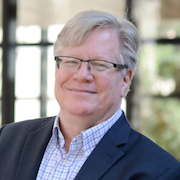 Robert MacCoun is a social psychologist and public policy analyst who has published numerous studies on a variety of topics, including illicit drug use, drug policy, judgment and decision-making, citizens’ assessments of fairness in the courts, social influence processes, and bias in the use and interpretation of research evidence by scientists, journalists and citizens. A preeminent scholar working at the border of law and psychology, his scholarship involves a mix of experimental and non-experimental empirical research as well as computational modeling and simulation.

MacCoun’s book with Peter Reuter, Drug War Heresies (Cambridge, 2001) is considered a landmark scholarly analysis of the drug legalization debate. MacCoun has also written extensively on the military’s “Don’t Ask, Don’t Tell” policy. His publications and expert testimony on military unit cohesion were influential in the 1993 and 2010 policy debates about allowing gays and lesbians to serve openly in the US military.

MacCoun has published numerous papers on meta-science, including “Biases in the Interpretation and Use of Research Evidence” (Annual Review of Psychology, 1998), “Citizens’ Perceptions of Ideological Bias in Research on Public Policy” (with Susannah Paletz, Political Psychology, 2009), and “Hide Results to Seek the Truth” (with physicist Saul Perlmutter, Nature, 2015).